The casting of the Rugby World Cup France 2023 in Marseille will be exceptional!
No less than France, England, Scotland, Argentina and South Africa will be playing at the Stade Vélodrome during the pool stage of the competition. 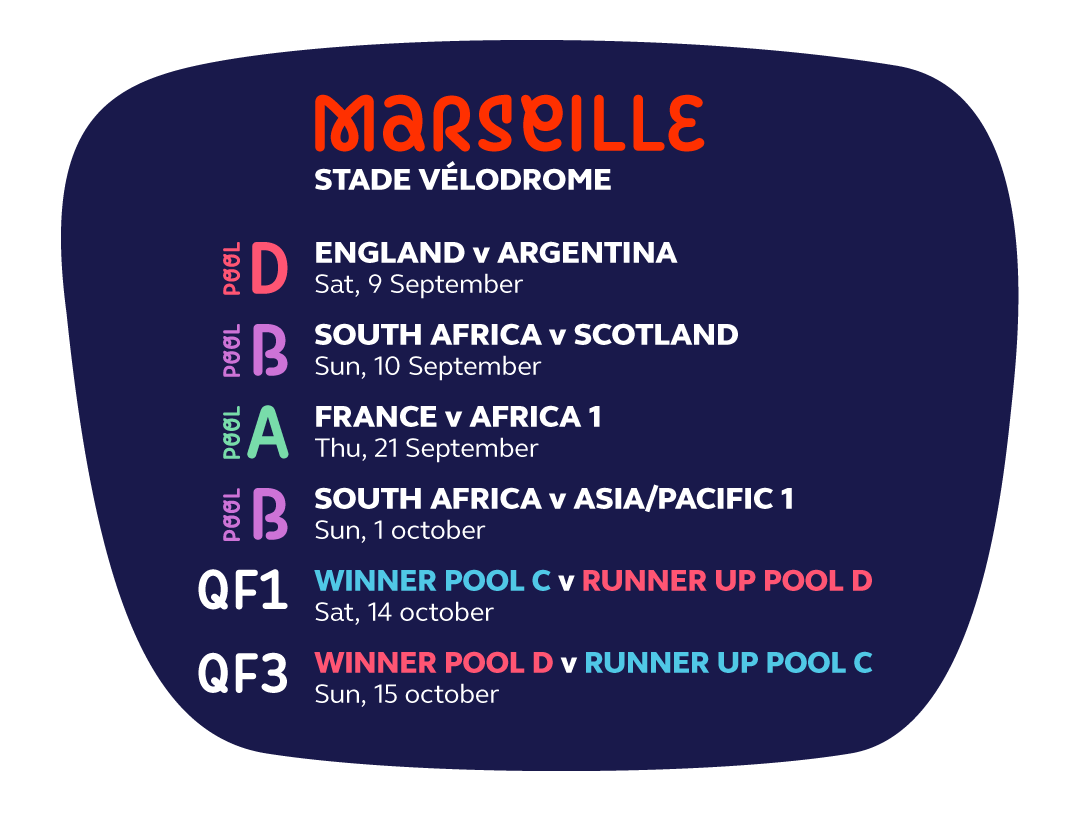 A cosmopolitan harbour throughout history, Marseille has always been a city of the world, not just of France. Open to the sea and Mediterranean culture, it has been an important cultural and commercial crossroads since ancient times – and now you can find out why.

Climb up the Notre-Dame de la Garde (the “Good Mother”, “la Bonne Mère”) basilica overlooking the city, stroll through Le Panier (“The Basket”), Marseille’s oldest quarter, or enjoy a bouillabaisse on the Vieux Port (“Old Harbour”). When you’re done, escape by taking the hiking trails of the Sormiou or Sugiton coves, which give access to sumptuous views.

Marseille, often considered the “Gateway to the Orient'' in France, remains the country’s first port, and will host another key event when Rugby World Cup France 2023 arrives, after the successes of FIFA World Cup 1998, Rugby World Cup 2007 and UEFA Euro 2016. Renowned for its fervour, the Stade Vélodrome, the scene of some of sport’s greatest moments, is ready to ignite once more!